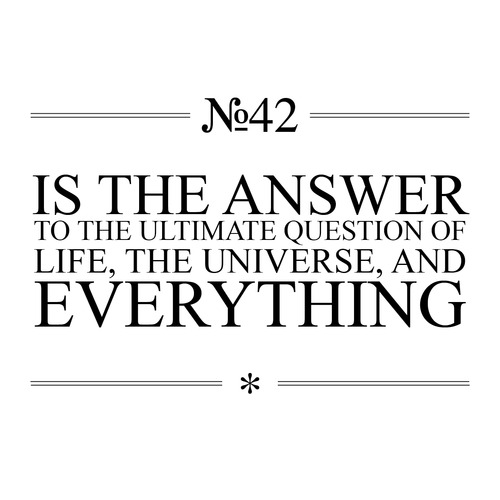 Parashat Mase’ei, the final portion of the book of Numbers, begins with a detailed itinerary that reviews the forty two individual journeys made by the Israelites’ as they traveled from Ramses/Egypt to their final encampment in Moab, at the Jordan River.

Whatever happened to the people as a whole will happen to each individual. All the forty-two journeys of the children of Israel will occur to each person between the time he is born and the time he dies.

According to this teaching, the waters of the Sea of Reeds symbolize birth and the waters of the River Jordan represent death – that is to say, the promise or hope that lies beyond. In between, each of us experience forty two phases during the journey of our lives that gradually move us from the “constraints” of the material world to (ideally) a deeper sense of spiritual enlightenment or “liberation.”

Why specifically forty two? While math was never my strong subject – and I’m not typically tempted by gematria – this number does appear to be laden with symbolic significance in Jewish tradition.

Of course, any number divisible by seven (the days of creation) is automatically noteworthy.  Jewish mystical tradition holds that forty two was actually the number with which God created the world itself.  According to the Talmud, God’s full, ineffable name has forty two letters (Kiddushin 71a).  (And if you’re a fan of Douglas Adam’s “The Hitchhiker’s Guide to the Galaxy, you’ll surely know that forty two is the Answer to the Ultimate Question of Life, The Universe, and Everything, as determined by the super computer, Deep Thought…)

If you are intrigued by the notion of the forty two stages of life, you might want to check out this interesting take by Rabbi Simon Jacobson (Chabad), who uses each stop mentioned in this week’s portion to chart out a series of forty two “psycho-spiritual” journeys that lead us from birth to death.  But whether or not you you choose to ascribe deeper significance to the number forty two, I believe  it is extraordinarily powerful to understand our own lives as a series of – often arduous and challenging – passages that invariably lead us to that final place of “crossing over.”

How will you choose to chart your “spiritual itinerary?”

3 thoughts on “The Forty Two Journeys: Are We There Yet?”