Havdalah: Between Inspiration and Fulfilment

Savor this eternal moment
and hold it close,
before you leave the world to come
and re-enter the world as it is,
before your sweet dream
reverts back to hard truth.

For this much we know:
long after the day is done
the melody of this song will
reverberate through our souls,
driving us forward until the day
that liberation is finally won.

One day very soon,
the song will lead us
to a dream fulfilled, to a place
where light and gladness,
joy and wonder, justice and salvation
flow without cease.

But for now we’ll prepare ourselves
for the work ahead –
let’s light the fire, raise the cup
and breathe in the sweetness
of this moment.
With strength renewed
and spirit re-inspired it’s time
to rejoin the struggle.

Blessed is the One who separates
between inspiration and fulfillment,
exile and return,
struggle and liberation,
hard work and sweet victory,
between the world we know
and the world we know is possible. 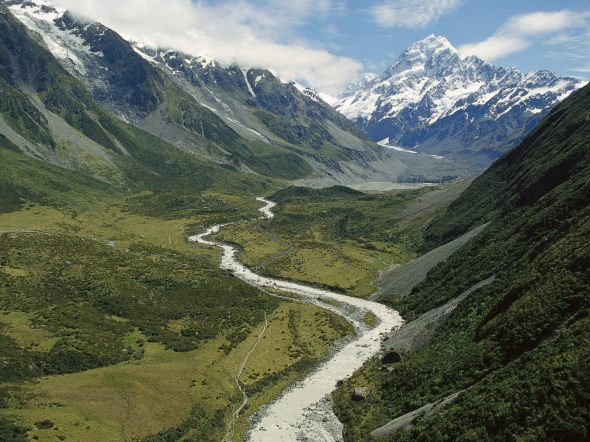 tonight we sing of victory:
a joyous delirious melody
to the moment we’re dreaming of,
the world we’re struggling for,
the place where deliverance has been
patiently awaiting our arrival.

tonight we sing out to a power
greater than any we can possibly imagine,
our jubilant notes of praise
guiding us like breadcrumbs over impossible,
impassable mountain peaks, through
the narrowest of narrow spaces
where creation once wrenched land from sea.

with wild abandon we’ll praise
the love that has nurtured us,
the strength that has somehow sustained us,
the journey that has been leading
to this one timeless moment.

for too long we’ve been stumbling
through the wilderness
hardening our hearts in doubt,
fearfully shutting our eyes to wonders
we’ve never dared imagine, to the signposts
that might otherwise show us the way.

so let’s stand down the voices
that whisper of our unworthiness,
we are the ones whose song
cannot not be silenced,
the ones who fight back and win, yes
we are the generation that
crosses over to the place
of joy everlasting.

A Lament for the Detained Children

My rendering of Lamentations 2, written and read for a Tisha B’Av vigil held at the Jerome Combs Detention Center, Kankakee, IL, August 11, 2019.

My invocation for the Action to End Criminalization, Detention and Deportations,
delivered at Daley Plaza, Chicago, July 13, 2019

oh lord deliver me from my people
who wield their weapons with impunity
whose armies rain bombs on the imprisoned
whose apologists equate oppressor and oppressed
who punish resistance without mercy.

keep me from those who speak so easily of two sides
of dual narratives of complexities and coexistence
those who call submission peace and lawless laws justice
who never tire of intoning never again
even as they commit crimes again and again
who have forsaken every lesson they’ve learned
from their own history and their
own sacred heritage.

like jacob i have dreamed fearful dreams
i have struggled in the night
i have limped pitifully across the river
and now like jacob in my last dying breath
i have nothing left but to curse my own
whose tools are tools of lawlessness
who maim refugees who dare dream of return
and send bombs upon the desperate
for the crime of fighting back.

so send me away from this people
this tortured fallen assembly
keep me far from their council
count me not among their ranks
i can abide them no longer.

A Jewish Prayer for Nakba Day

Receive with the fulness of your mercy
the hopes and prayers of those
who were uprooted, dispossessed
and expelled from their homes
during the devastation of the Nakba.

Sanctify for tov u’veracha,
for goodness and blessing,
the memory of those who were killed
in Lydda, in Haifa, in Beisan, in Deir Yassin
and so many other villages and cities
throughout Palestine.

Grant chesed ve’rachamim,
kindness and compassion,
upon the memory of the expelled
who died from hunger,
thirst and exhaustion
along the way.

Shelter beneath kanfei ha’shechinah,
the soft wings of your divine presence,
those who still live under military occupation,
who dwell in refugee camps,
those dispersed throughout the world
still dreaming of return.

Gather them mei’arbah kanfot ha’aretz
from the four corners of the earth
that their right to return to their homes
be honored at long last.

Let all who dwell in the land
live in dignity, equity and hope
so that they may bequeath to their children
a future of justice and peace.

Inspire us to make a full accounting
of the wrongdoing that was
committed in our name.

Le’el malei rachamim,
to the One filled with compassion:
show us how to understand the pain
that compelled our people to inflict
such suffering upon another –
dispossessing families from their homes
in the vain hope of safety and security
for our own.

Osei hashalom,
Maker of peace,
guide us all toward a place
of healing and wholeness
that the land may be filled
with the sounds of joy and gladness
from the river to the sea
speedily in our day.

Sealing the Gates of Heaven

According to an order from the most high
the first day of the month shall be a sacred occasion
when the shofar is sounded the gates will be sealed
and all roads will be closed to you.
You shall not you leave your homes
nor work at your occupations.
lest you and your kin be put to death.

Like fires lit on ancient mountaintops
the announcement spread throughout the land;
when the new moon came the wall was locked tight
so the people could gather in their houses of prayer
to greet another new year.

And the Chazan sang:
As a shepherd numbering his flocks
passing his sheep under his staff
thus I count you off one by one,
marking your every move, noting your every thought
writing you down in my Book of Life
that I may decree
who shall live and who shall die.

Day after day they sent out
fearful prayers into the dark dread
of a year they did not yet know,
desperately hoping their lives would be spared
by the merciful judge on high.

When the festival came to an end
the great shofar was sounded
and a still small voice was heard:
The gates of heaven are sealed;
they do will open to your prayers.