As my Torah study students will attest, the book of Deuteronomy can be pretty tough stuff. Deuteronomy, of course, is the final book of the Torah, and most of it is a monologue delivered by Moses to the Israelites before they cross into the Promised Land. As Moses is about to die, he engages in a kind of review lesson for the people, relating their history, describing their journey and reminding them of the laws they have agreed to as part of their covenant with God.

This last part – the theological emphasis on the covenant – is a major theme in Deuteronomy. Over and over, God tells the Israelites through Moses: “You’re about to enter the Land. Just follow my laws and you’ll be fine. But break them and you’ll be very, very, sorry.”

It’s really not to hard to discern these theological threats throughout Deuteronomy– in fact we read them over and over and over again. God tells the Israelites that a deal’s a deal – and they had better hold up their end or else. And of course the “or else” is spelled out repeatedly – often in gruesomely vivid detail.

Now, of all the laws contained in this covenant, there is one in particular that God seems particularly uptight about: that is, namely, the law against worshiping other gods. That’s not to say God isn’t concerned about laws such as murder, theft, providing for the poor, caring for the stranger… While these kinds of laws are certainly mentioned, the stakes always seem to be the highest when it comes to the commandment against idolatry – against serving gods of foreign nations.

END_OF_DOCUMENT_TOKEN_TO_BE_REPLACED

From a recent USA Today article:

“I saw they were creating a virtual way to pray and study together, and I thought it would be fun to invite a few friends to tweet the Quran for Ramadan. By the next year we had hundreds posting at #Quran and it will be even bigger this year,” he says.

The Quran is the 22-year record of what Muslims believe is Allah’s revelations to the Prophet Mohammed. The goal of using Twitter is to engage Muslims and non-Muslims alike in exploring and discussing the text, Rashid says.

“What verses speak to you when you read the Quran this day? That’s what we’re looking for. The way we engage with scripture is always changing as our lives change. We can ask each other questions. We can explore parallels with other religions,” he adds.

You bet I’ll be joining in on the conversation. Ramadan Kareem to the Muslim community! 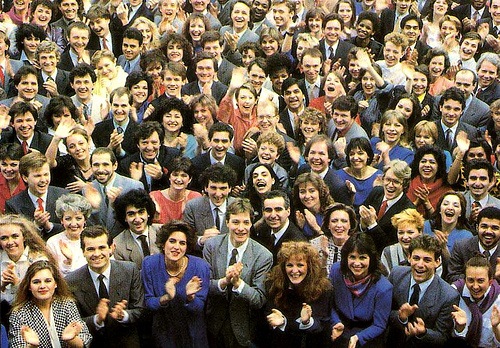 Antigonus of Sokho received the Teaching from Shimon the Righteous. He used to say:

Live without hesitation.
Dwell not on outcome or reward.
Act with full attention.

Another problem with the hunt for approval is that it to gain approval you must buy in to the dominant values of the society around you. If what gets approval is getting rich, that is what you strive for; if it is beauty, that is what you obsess about; if it is power over others, that is what you focus on. The desperation for outer rewards goes hand-in-hand with an increasing sense of inner poverty. If you are successful in your quest for recognition, you may be able to ignore what you have given up to achieve it. If you are unsuccessful, you may simply blame the system. But in either case, since you have given over our power to others, you are left empty.

Today’s practice
When you notice you are expecting applause, explore what lies behind that expectation. Notice the subtle shift between when you have done something and when you begin to look around you for recognition.

Just ran across a recently released Gallup poll that indicated more than nine in ten Americans continue to believe in God.

Among the myriad findings of the poll, these caught my eye in particular:

– The percentage of Americans who say “yes” when asked if they believe in God has remained more or less steady since the 1940s.

– Given the ability to express doubts about their beliefs, the percentage who profess certainty in God’s existence drops into the 70% to 80% range.

– When Americans are given the choice between saying belief in God or in “a universal spirit or higher power,” 80% choose the former and about 12% opted for the latter.

– Those under 30 are significantly less likely than older Americans to say they believe in God.

– Regionally, the data confirm the religious potency of the “Bible Belt,” with Southerners 10 points more likely than Easterners to say they believe in God.

For comparison purposes, Salon Magazine measured these numbers with similar polls in Canada and Europe, further reinforcing the commonly-held assumption that Americans are among the most faithful citizens on earth:

– The same European survey showed Turkey and Malta to be the only European countries on par with America’s figure of over 90 percent of citizens believing in God.

I’m sorting through tons of poems to include in our High Holiday supplements and discovering some really wonderful stuff. Can’t resist sharing this one:

Pray to whomever you kneel down to:
Jesus nailed to his wooden or plastic cross,
his suffering face bent to kiss you,
Buddha still under the bo tree in scorching heat,
Adonai, Allah. Raise your arms to Mary
that she may lay her palm on our brows,
to Shekhina, Queen of Heaven and Earth,
to Inanna in her stripped descent.

Waiting in line for the movies, for the ATM,
for your latte and croissant, offer your plea.
Make your eating and drinking a supplication.
Make your slicing of carrots a holy act,
each translucent layer of the onion, a deeper prayer.

To Hawk or Wolf, or the Great Whale, pray.
Bow down to terriers and shepherds and Siamese cats.
Fields of artichokes and elegant strawberries.

Make the brushing of your hair
a prayer, every strand its own voice,
singing in the choir on your head.
As you wash your face, the water slipping
through your fingers, a prayer: Water,
softest thing on earth, gentleness
that wears away rock.

Making love, of course, is already prayer.
Skin, and open mouths worshipping that skin,
the fragile cases we are poured into.

When you walk to your car, to the mailbox,
to the video store, let each step
be a prayer that we all keep our legs,
that we do not blow off anyone else’s legs.
Or crush their skulls.
And if you are riding on a bicycle
or a skateboard, in a wheelchair, each revolution
of the wheels a prayer as the earth revolves:
less harm, less harm, less harm.

And as you work, typing with a new manicure,
a tiny palm tree painted on one pearlescent nail
or delivering soda or drawing good blood
into rubber-capped vials, writing on a blackboard
with yellow chalk, twirling pizzas–

Pull weeds for peace, turn over in your sleep for peace,
feed the birds, each shiny seed
that spills onto the earth, another second of peace.
Wash your dishes, call your mother, drink wine.

Shovel leaves or snow or trash from your sidewalk.
Make a path. Fold a photo of a dead child
around your VISA card. Scoop your holy water
from the gutter. Gnaw your crust.
Mumble along like a crazy person, stumbling
your prayer through the streets.

Really interesting piece in Religion Dispatches by Christopher Stedman, Humanist Chaplain at Harvard University, who argues for the inclusion of atheists in the Interfaith Movement:

To atheists concerned about being seen as “just another faith” and worried that interfaith isn’t an avenue for substantive discourse: I encourage you to give it a shot anyway, and be vocal about where you stand. I cannot begin to recount all of the times interfaith work has opened up a space for robust conversations on problematic religious practices and beliefs—in fact, it has been a hallmark of my experience working in the interfaith movement. All the more, it has allowed me to engage religious people about atheist identity and eradicate significant misconceptions about what atheism is and what it isn’t…

In my experience, interfaith work doesn’t require that people check their convictions at the door—it invites people to try to understand and humanize the other. It’s a worthy goal, and if the only thing keeping some atheists from participating is a semantic disagreement with the word “faith,” I think that is a missed opportunity.

Love your neighbor as yourself: I am YHVH  (Leviticus18:19)

In his recent book “God is Not One,” Religious Studies professor Stephen Prothero points out that while the world’s religions diverge on “doctrine, ritual, mythology, experience and law,” they tend to converge “when it comes to ethics” (p. 3).

The well-known verse above (from this week’s Torah portion, Parashat Kedoshim) provides the clearest example of this convergence. Known as “The Ethic of Reciprocity” (aka “The Golden Rule”), this precept is a foundational ethical teaching and has been invoked as the basis for the modern concept of human rights.

The Jewish rendering of the Golden Rule, of course, is well-known. When asked to sum up the essence of Torah, Rabbi Hillel famously responded thus:

What is hateful to you, do not do to your neighbor. This is the whole Torah; all the rest is commentary. Now go and study (Babylonian Talmud, Shabbat 31a).

While Hillel invoked this ethic in the name of Torah tradition, it is important to bear in mind that the Golden Rule is at heart a universal ethic. Indeed, even cursory investigation reveals that versions of this precept appear in virtually every Western and Eastern spiritual tradition.

Bahai Faith
Lay not on any soul a load that you would not wish to be laid upon you, and desire not for anyone the things you would not desire for yourself. (Bahá’u’lláh, Gleanings)

Buddhism
Treat not others in ways that you yourself would find hurtful. (The Buddha, Udana-Varga 5.18)

Christianity
In everything, do to others as you would have them do to you; for this is the law and the prophets. (Jesus, Matthew 7:12)

Confucianism
One word which sums up the basis of all good conduct….loving-kindness. Do not do to others what you do not want done to yourself. (Confucius, Analects 15.23)

Hinduism
This is the sum of duty: do not do to others what would cause pain if done to you. (Mahabharata 5:1517)

Islam
Not one of you truly believes until you wish for others what you wish for yourself. (The Prophet Muhammad, Hadith)

Jainism
One should treat all creatures in the world as one would like to be treated.  (Mahavira, Sutrakritanga 1.11.33)

Quakerism
Oh, do as you would be done by. And do unto all men as you would have them do unto you, for this is but the law and the prophet. (Postscript to the Quaker Peace Testimony)

Unitarianism
We affirm and promote respect for the interdependent web of all existence of which we are a part. (Unitarian principle)

Zoroastrianism
Do not do unto others whatever is injurious to yourself. (Shayast-na-Shayast 13.29)

This blog contains Jewish prayers and liturgy, much of which I use in my congregation, Tzedek Chicago. 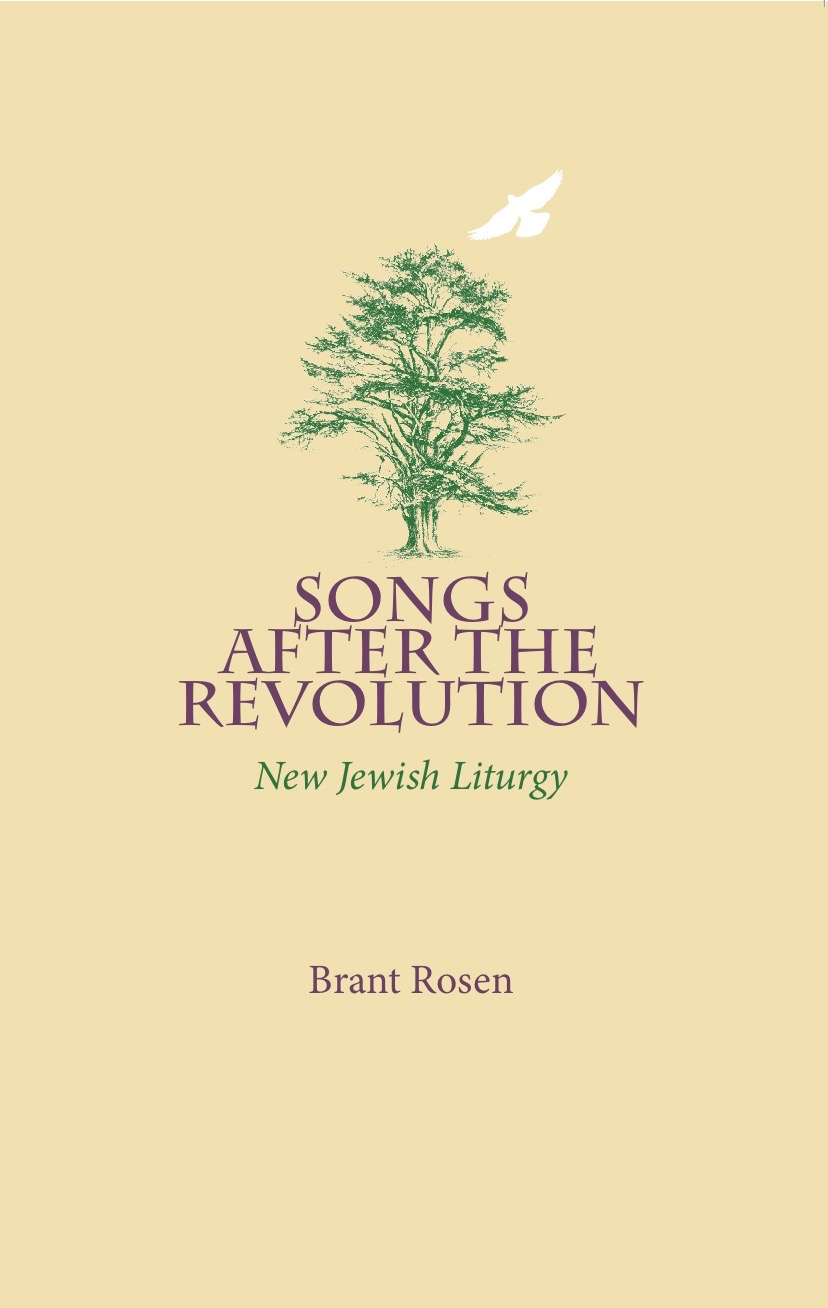