This is How You Will Restore the Temple 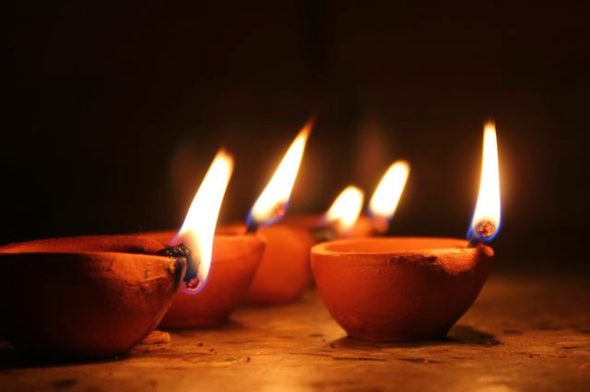 A new rendering of Zechariah 2:14 – 4:7 (Prophetic reading for the Sabbath of Hanukkah)

Let loose your joy for
your prayers have
already been answered;
even in your exile
the one you seek has been
dwelling in your midst
all along.

Quiet your raging soul
and you will come to learn:
every nation is my nation
all peoples my chosen
anywhere you choose to live
will be your Holy Land,
your Zion, your Jerusalem.

Open your eyes and
look across the valley
look at this ruined land
seized and possessed
throughout the ages.

Look upon your
so-called city of peace
a place that knows
only debasement
and desecration
at your hand.

No more need for priestly vestments
or plots to overrun that godforsaken mount –
just walk in my ways
and you will find your way there:
a sacred pilgrimage to the Temple
in any land you call home.

Enter the gates to
this holiest of holy places,
lift up its fallen walls,
relight the branches of the lamp
so that my house will truly
become a sanctuary
for all people.

Yes, this is how you will
restore the Temple:
not by might, not by power
but by the spirit
you share with every
living, breathing soul.

For Hanukkah: The Ballad of Clara Lemlich 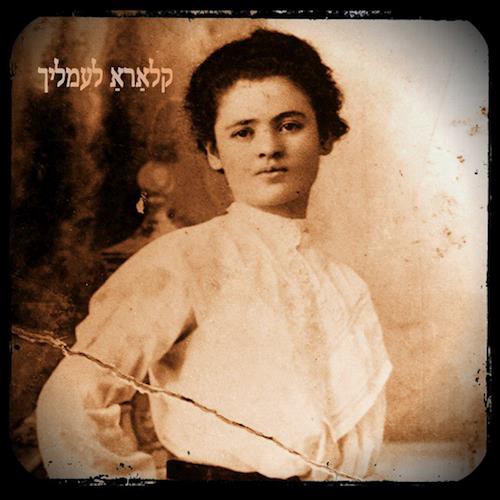 Al Hanisim,
This is for the miracles,
for the redemption, for the mighty deeds,
for the saving acts and
for the resistance of our ancestors
in days of old, at this very time…

First night of Hanukkah 1909 and
the worst snowstorm in twenty years
was slowly gathering, the wind
ripping holes through the lines of strikers
huddling against the piercing cold.

Among them was young Clara Lemlich
the same one who just two weeks earlier
stood impatiently in Cooper Union
hour after hour
listening to the union men drone on
until fed up, she grabbed the podium and sent
Yiddish words flying, inciting
sparking, before finally igniting:

I am a working girl
one of those who are on strike
against intolerable conditions.
I am tired of listening to speakers
who talk in general terms.
What we are here for
is to decide whether we shall strike
or shall not strike.
I offer a resolution
that a general strike
be declared now.

Thus exploded the Uprising of the Twenty Thousand.

After the smoke had cleared
the ILGW won union contracts at every shop
save one: the Triangle Shirtwaist Factory
who said no to new changes, no to fair wages
no to any union in our shop.

One year later the Triangle burst into flame,
sending working women plummeting to their deaths
like sparks flying, sputtering and disappearing
on a cold winter’s night.

That’s how it is with miracles:
we rededicate the Temple
but in due time it will fall.
The miracle isn’t the fire that lasts, no
the miracle is where we find the strength
to rise up and relight the fire
once again.

Clara Lemlich died at the age of 96
at the Los Angeles Jewish Home for the Aged,
after organizing their workers
and agitating their management
to honor the boycott of the United Farm Workers
(which they did).

We Light These Lights: A New Hanerot Hallelu Prayer for Hanukkah 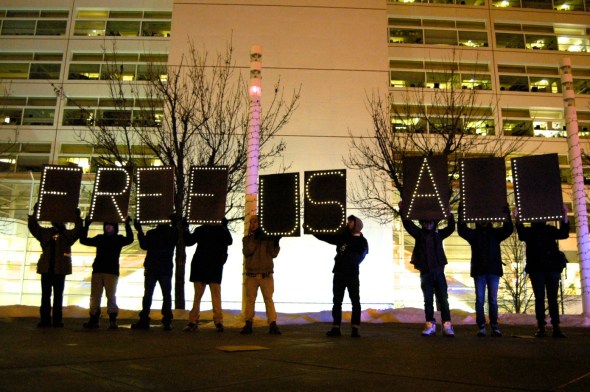 We light these lights
for the instigators and the refusers
the obstinate and unyielding
for the ones who kept marching
the ones who tended the fires
the ones would not bow down.

We light these lights
for the sparks that guide us on
through the gentle night
for the darkness that swaddles us
in its soft embrace until the moment
we inevitably emerge
into life renewed.

We light these lights
for the spirit of resilience that remains
after our strength has ebbed away
for the steadfast knowledge even as
the bullets echo repeatedly
off bodies lying in the streets
that the impunity of the powerful
cannot last forever.

These lights we light tonight
will never be used for any other purpose
but to proclaim the miracle
of this truth:
it is not by might nor by cruelty
but by a love that burns relentlessly
that this broken world
will be redeemed. 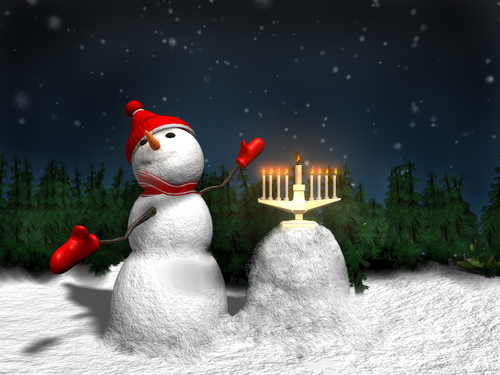 Among the most interesting and smart articles I’ve read about Hanukkah this year is a piece by JTS Rabbinical Student Benjamin Resnick in the Forward, in which he argues there is every reason – and in fact good historical precedence – for Jews to appreciate the beauty of Christmas even as they celebrate Hanukkah.

I say this as a committed, observant Jew and as a future rabbi. As someone who spends a great deal of time engaged in ritual, there are a handful of ritual moments that — year in and year out, and regardless of where I am physically, emotionally or spiritually — never fail to move me. The beginning of ma’ariv on the first night of Rosh Hashanah, is one. The smell of latkes is another. And the first time I hear the rum-pum-pum-pum of “The Little Drummer Boy“ is a third.

The fact is that Hanukkah menorahs and Christmas trees, “Maoz Tzur” and “Jingle Bell Rock,” potato pancakes and chow mein have become intertwined in the seasonal consciousness of American Jews. And while a great many contemporary Jewish voices go to great lengths to convince us that Hanukkah is not the “Jewish Christmas,” I would argue, from both a historical perspective and a spiritual one, that such protestations do a disservice to the very traditions they venerate.

I actually came out of this particular closet (admittedly in a much less erudite manner) several years ago when I confessed that I love listening to Christmas songs – particularly those of the aching, melancholic variety:

Is it perverse or at all sacreligious for a rabbi to be confessing his love for songs such as these? I dunno, don’t you think there’s something of a Jewish quality to them? Maybe it’s their quasi-exilic yearning (not to mention the fact that most of them were written by Jews anyhow.)

So that’s my seasonal guilty pleasure confession. And lest you judge me too quickly here, just take the test yourself. Check out James Taylor’s version of “Have Yourself a Merry Little Christmas” or “I’ll Be Home For Christmas” as sung by Sarah McLachlan. (Man, that last line gets me every time…)

So have yourself a Happy Little Hanukkah now…

Happy first day of Hanukkah! If you’re looking for ways to light up this dark season, here are two gorgeous musical Hanukkah greetings courtesy of Pharoah’s Daughter. Check out these great versions of  Hanukkah classics “Maoz Tzur” (above) and “Al Hansim” (below). Both were filmed at the 2008 Rabbis for Human Rights – North America Conference in Washington DC.

(Anyone else growing weary of the utterly overused yet still somehow requisite German-folk setting we Ashkenazim use for Maoz Tzur? I’m going with this one when I light the candles tonight…)